A wolf in sheep’s clothing

A short story about the wolf in sheep’S clothING

I see myself as an artist, which means that I live out my creativity and can’t monotonously focus on a single thing. Anything that gives me creative space to work gives me air to breathe, because I can’t live without oxygen. In my younger years, it was always painting.

As I grew up and got older, I also developed a passion for photography and other things.

In my career I often stayed in different circles of personalities and places, which always gave me new input for new ideas.

In 2011, I was at Bread & Butter Fashion Week as a Moment Photographer and there I met a gentleman named Clemens Buchwald. As is so common these days, we networked on social media, where I noticed that he had often modeled for brands in the apparel sector.

Since my youth I had the image in my head that if I would wear a suit like the “serious” businessmen, while I go around the houses to live myself creatively, nobody would suspect me of having done something wrong, than if I would dress in the “urban” style, which I usually prefer.

So my idea, which I wanted to implement, was that Clemens doubles me as a graffiti artist and I capture the situations as we move through the streets of Berlin, on one of my first analog cameras.

We met in front of the “King Size” bar in Berlin-Mitte, where I took a few portrait pictures to warm up and to test the lighting conditions. A short time later we made our way through the neighboring streets and finally ended up in front of the Kunsthaus Tacheles.

I gave Clemens the instruction to just do his thing, as if someone is on his way to work and wants to put his abbreviation on the wall before going back to the boring office.

In this moment I already saw a woman coming towards us and I knew that now the moment comes which I had in my mind and I can capture the honest emotions and reactions which correspond to reality when someone well dressed like a businessman or politician does something which is not right. It is often simply accepted and ignored.

Now it can be argued whether this picture is a snapshot or a posed picture, but this does not change the fact that I have artistically implemented my idea and it is one of my most valuable works, which best expresses myself as an artist and my photography for which I stand.

I live and love the break in style and honest snapshots. 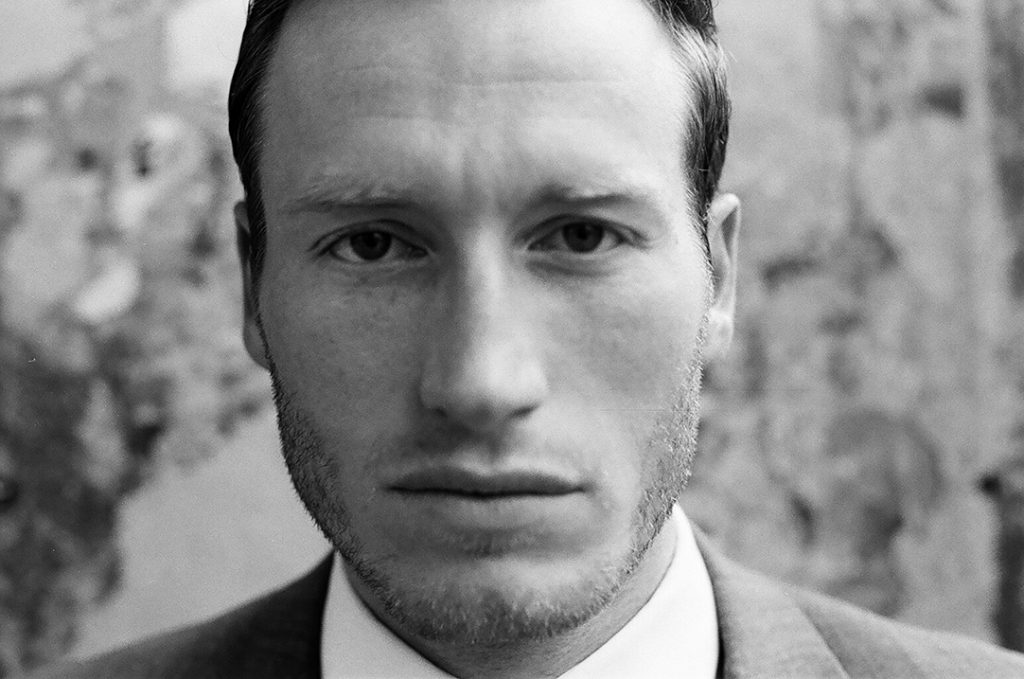 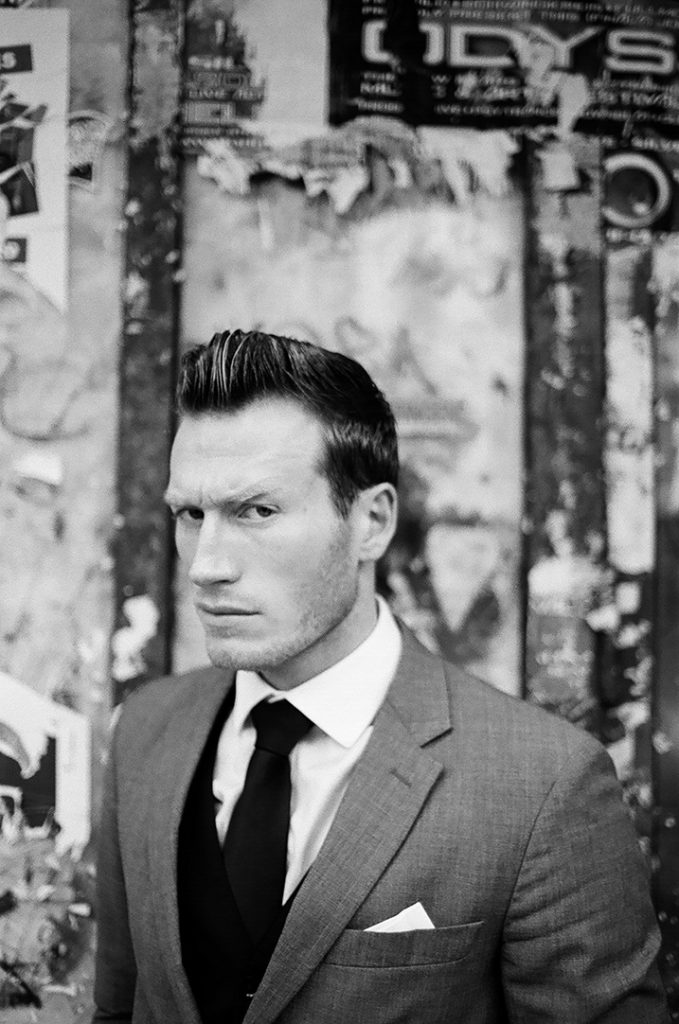 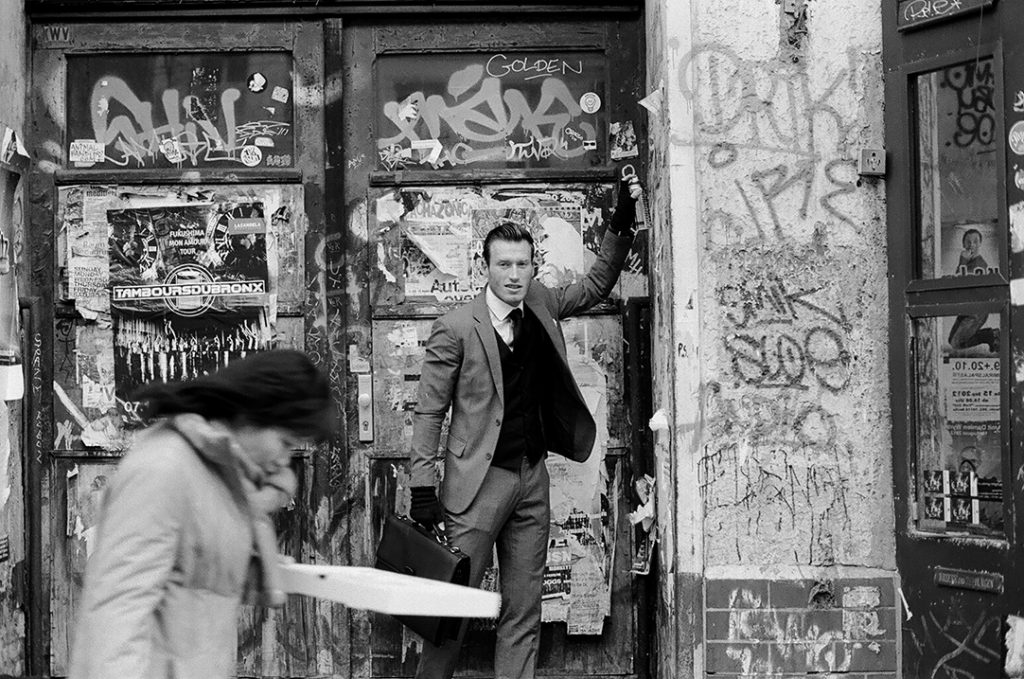 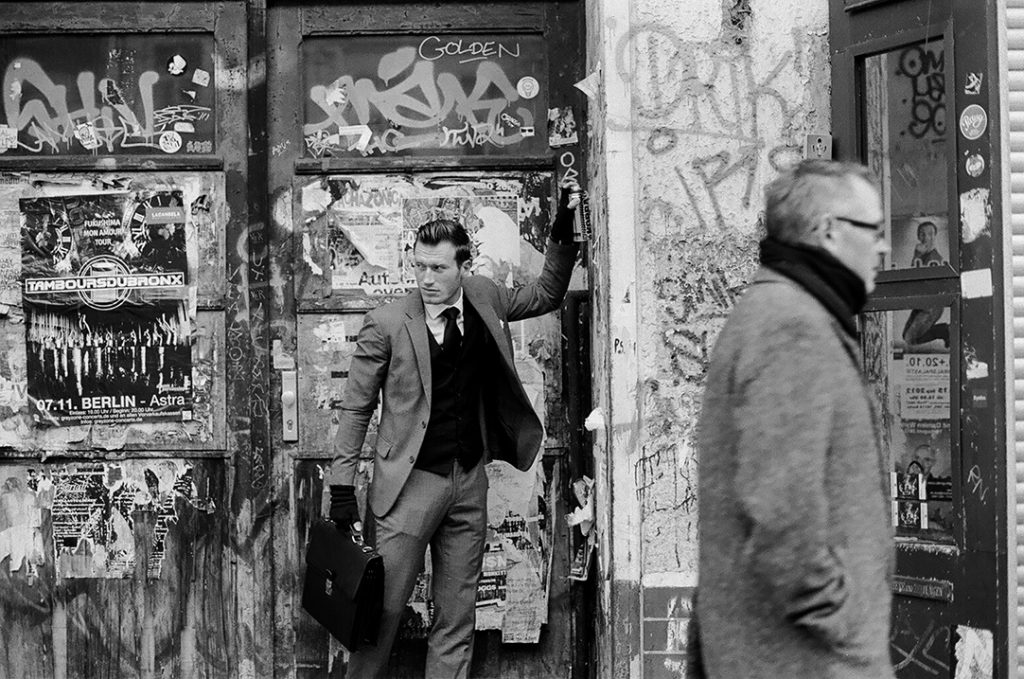 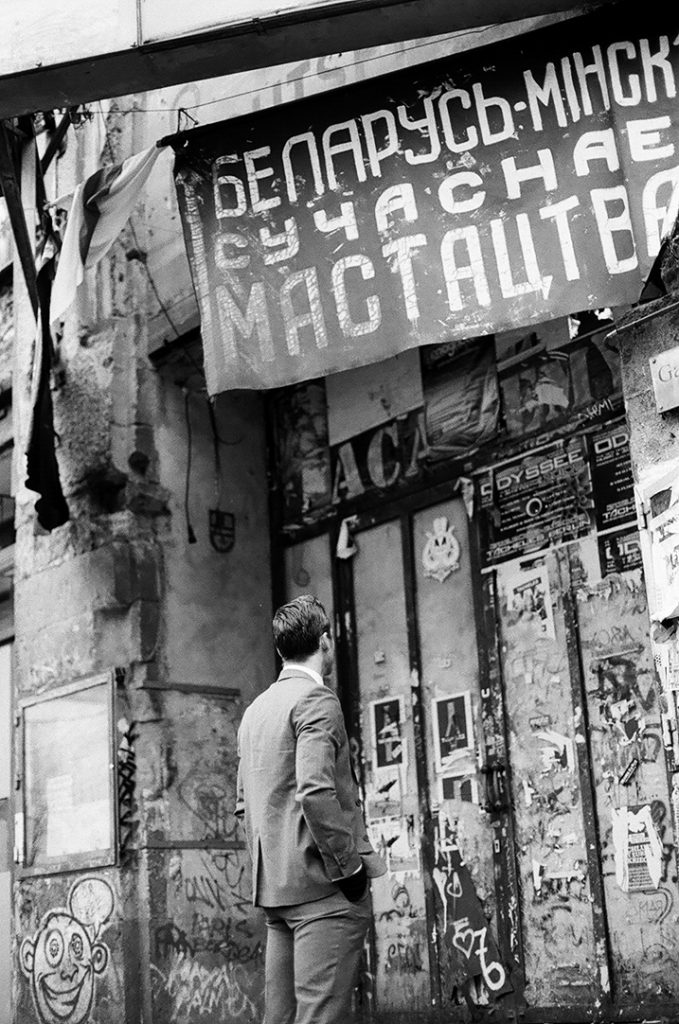 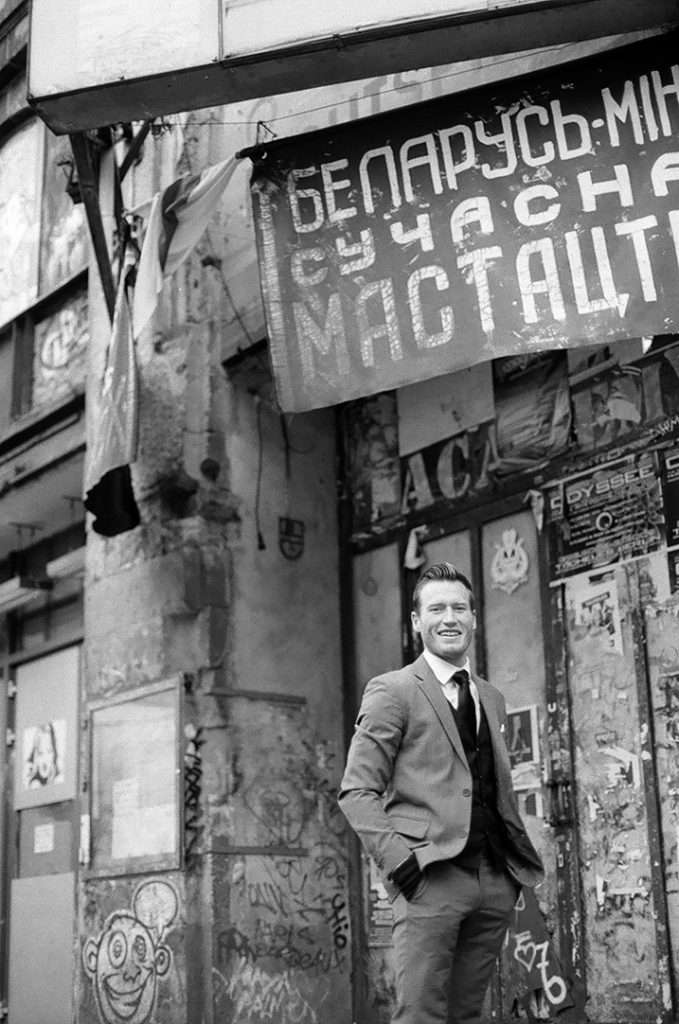 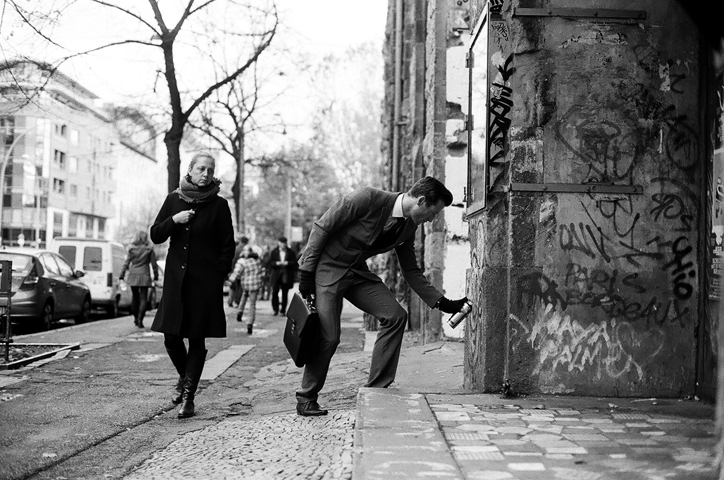 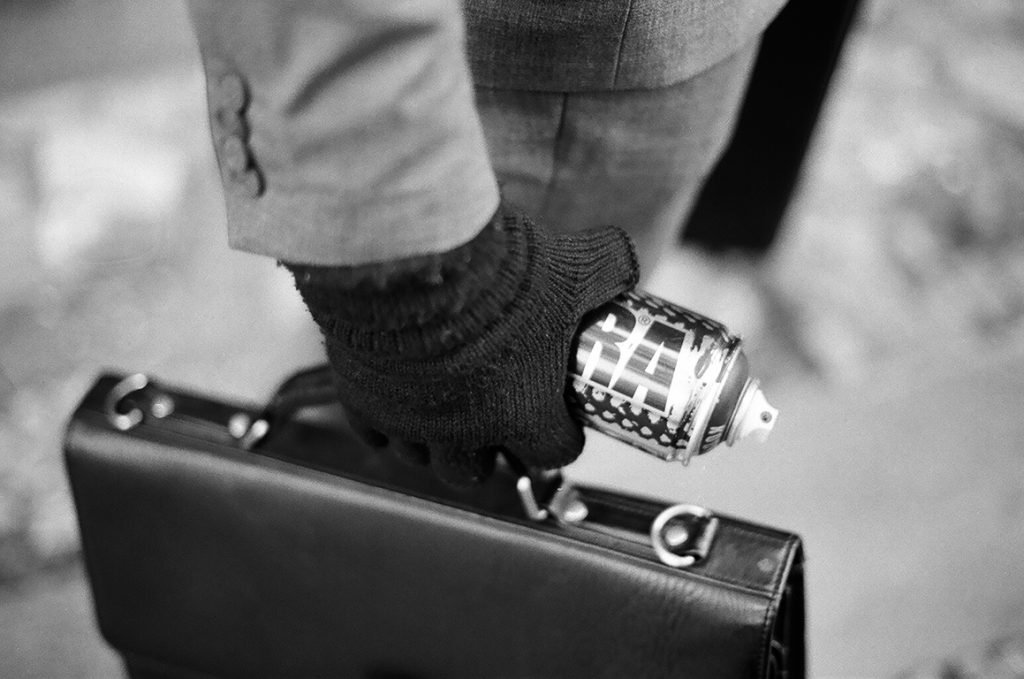 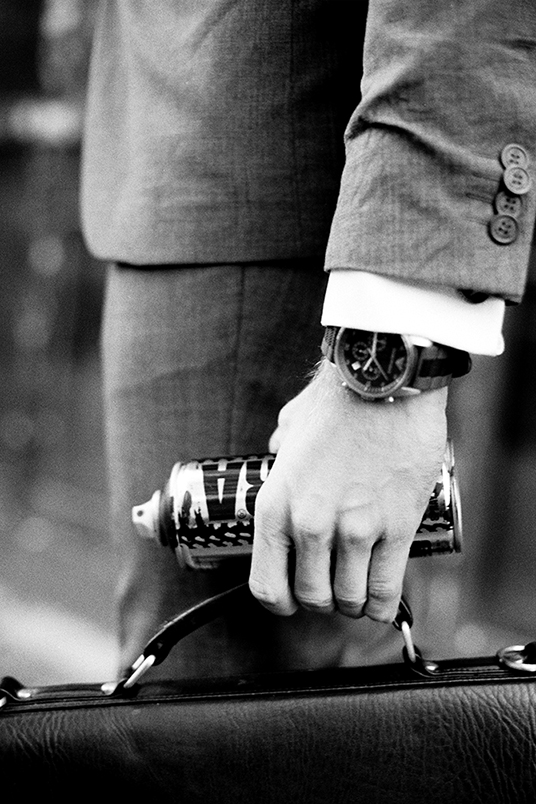 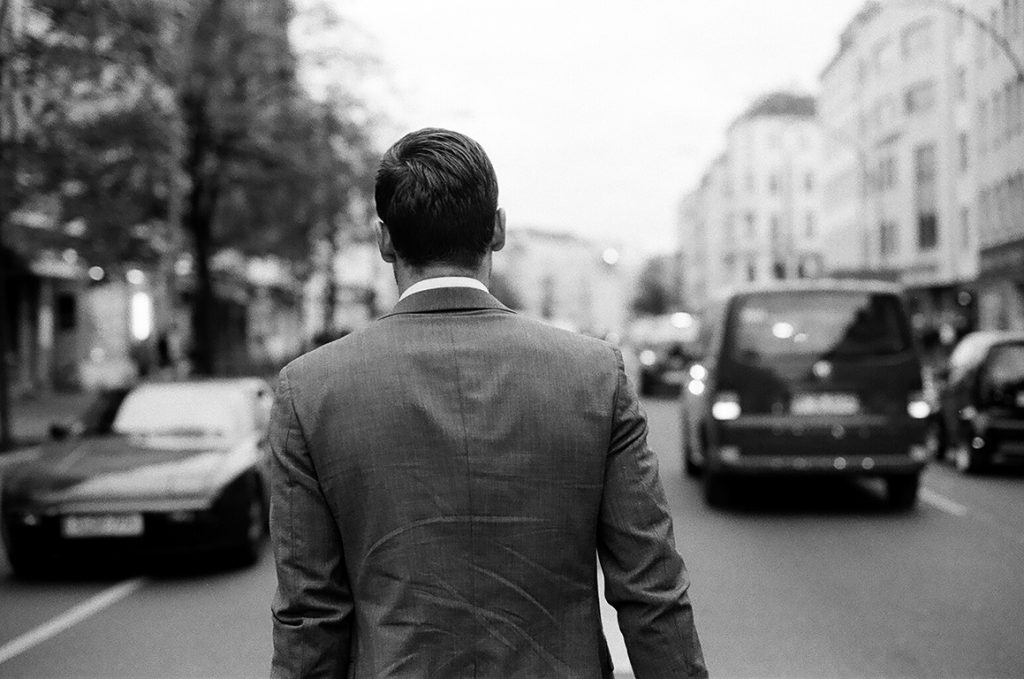 GO BACK
I use cookies on my website to give you the most relevant experience by remembering your preferences and repeat visits. By clicking “Accept”, you consent to the use of ALL the cookies.
Cookie settingsACCEPT
Manage consent

This website uses cookies to improve your experience while you navigate through the website. Out of these, the cookies that are categorized as necessary are stored on your browser as they are essential for the working of basic functionalities of the website. We also use third-party cookies that help us analyze and understand how you use this website. These cookies will be stored in your browser only with your consent. You also have the option to opt-out of these cookies. But opting out of some of these cookies may affect your browsing experience.
Necessary Always Enabled
Necessary cookies are absolutely essential for the website to function properly. This category only includes cookies that ensures basic functionalities and security features of the website. These cookies do not store any personal information.
Non-necessary
Any cookies that may not be particularly necessary for the website to function and is used specifically to collect user personal data via analytics, ads, other embedded contents are termed as non-necessary cookies. It is mandatory to procure user consent prior to running these cookies on your website.
SAVE & ACCEPT